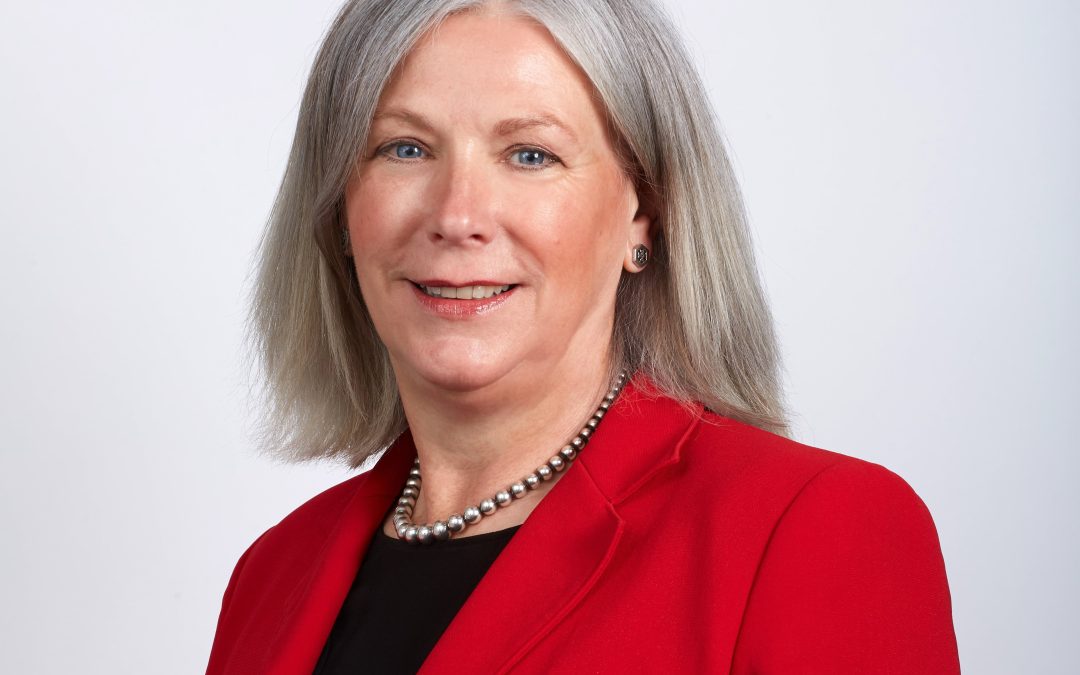 Alison Pallett (pictured), LiveMore Capital’s managing director of sales, didn’t exactly make a point of saying that banking ran through her veins, but finance is all she knows after starting as a branch trainee at the now defunct Leicester Building Society straight after leaving school.

“My mother was a branch teller at the National Westminster Bank until she got married, and then she had to give up work. Me and my sister came along quite quickly, so she was probably quite glad of that!

“I guess it’s one of those things…I didn’t get career advice on it. I knew I didn’t want to go to university,” she told Mortgage Introducer.

Pallett pointed out that when she started at the Leicester it was “almost impossible for a woman to get a mortgage” and “absolutely impossible” when her mother was at the NatWest.

“That’s been one of the biggest changes that women are now allowed to run their own finances,” she said.

The labour market has changed, too. Now, a high proportion of LiveMore’s single applicants, which make up about 52% of the total, are also women.

Pallett spent most of her career at the Bank of Ireland – roughly 25 years – leading its re-entry into the UK’s intermediary mortgage market in 2014 and setting up the bank’s UK Direct operation, where she was managing director of consumer lending.

She joined LiveMore Capital early on in its development and was in fact employee number six.

So why did she leave the security of an established financial institution to help set up a potentially risky and relatively new venture?

“I loved my time at the Bank of Ireland (as) I did so many different jobs and worked with so many amazing people,” she said. “It just felt as if the time was right to try something different, and I had an opportunity to start with LiveMore as a start-up.

“I’m the longest serving member of staff there other than our CEO Leon (Diamond) who set the firm up. It was a chance to start something from the ground upwards and to build something,” she said.

LiveMore’s approach to affordability is different to most lenders as its client base is the over 50s and considers all income, including pensions, investments, assets, savings and buy-to-let income. Its normal LTV is 75% – “that’s market leading as it’s on a retirement-interest only mortgage” – although its average loan to value would be significantly lower than that – 62%.

It’s a niche in the market that LiveMore is confidently exploiting, according to Pallett, as the over 50s are under-served borrowers. “We find that there’s a disconnect in the mortgage market in terms of consumer demand and fulfilment,” she said, adding that there’s a huge demand for people who are over 55 looking for interest-only mortgages.

“When they actually feel that their income is most stable, many of the mainstream high street banks actually don’t want them,” she revealed, a fact that for elderly borrowers, after years of loyal custom, is nothing less than a shocking emotional blow.

For Pallett one of the most satisfying experiences was to help a woman of 92 – yes, that’s not a typo – find the right mortgage for her so that she could purchase the flat of her dreams.

“She was an amazing lady, actually,” she explained. “Leon had done lots of interviews with lots of our customers and she told him off for using Zoom, saying that he needed to get Teams because it was just so much better!”

The thought of a business-savvy CEO in his mid-40s being given a tech lesson by a 92-year-old customer is not only an amusing anecdote but also a reminder about general preconceptions and prejudices about age. Brokers take note.

Some of LiveMore’s customers were previously mortgage prisoners, essentially borrowers who became trapped in a standard variable rate because they failed affordability assessments.

“A lot of that is to do with the fact that affordability is often modelled using a capital and interest-only method, and we model ours on just the interest only payments because that’s what this product is all about. We can get them on to a long-term fixed rate, which means they don’t have to worry about resolving this again.”

She pointed out that when customers reach a certain age, they’re not always chasing the cheapest, two-year deal. “Once you get into the realms of pension income, there’s nothing more stable than that – once it’s fixed, it’s only going up – and this is why in many respects it is a little bit baffling that mainstream lenders are slightly obsessed with employed and self-employed income,” she added.

According to data from the Office of National Statistics, England will have a greater proportion of people aged 65 years and over by mid-2028. And with people living longer, the strategy of lenders such as LiveMore could well become more mainstream and less on the fringes.

Pallett’s instincts to jump ship and join the start-up a mere three years ago, start to make more sense in that context.

“Trust your instincts and your judgments,” she said. “When you really think you’re right about something, don’t let other people convince you otherwise.”